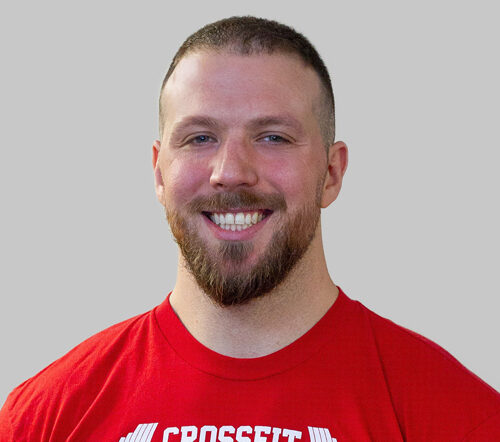 TJ Pongia was born in the West Chester area and began his athletic career competing in wrestling, boxing, Brazilian Jiu-jitsu, and Thai boxing in order to compete in Mixed Martial Arts. TJ competed in many sanctioned grappling and kickboxing bouts before competing in his first official MMA bout in his senior year of high school. After several years of competing in Mixed Martial Arts TJ chose to pursue scholastics at Immaculata University, and began competing in Olympic Weightlifting in 2014 out of desire to still be apart of competitive sports in absence of martial arts. Since then TJ competed at the 2015 National USA weightlifting Championships, as well as taking third at 2016 University USA Weightlifting National Championships.

TJ found Crossfit through Olympic Weightlifting and began training in Crossfit at Crossfit West Chester in 2014. The Crossfit methodology, atmosphere, and community all appealed to TJ and he quickly recognized that it would be the future of his athletic endeavors. TJ has since taken his passion for fitness and Crossfit as an athlete and applied it into coaching.