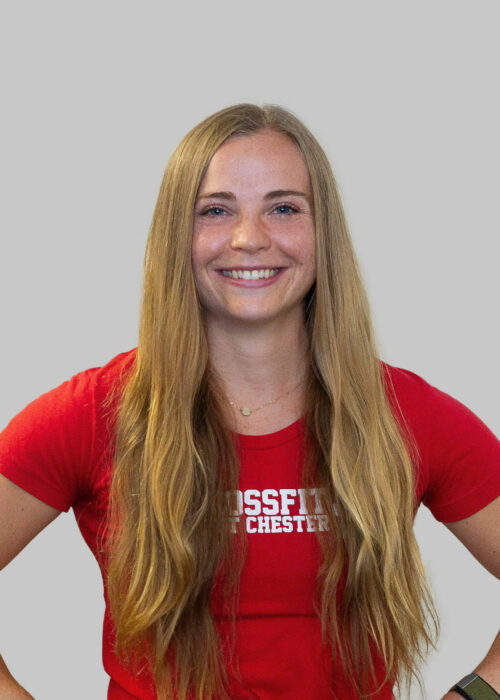 Amie began her athletic career in 2001 when she joined AmKor Karate Institutes. Through AmKor she earned her 4th degree Black belt, competed on national and international levels, and in 2010 started instructing as an assistant. Along with Martial Arts, Amie was a track and field sprinter and hurdler for her high school, and an avid horseback rider. In early 2014 Amie enrolled in the National Personal Training Institute to earn her personal training certification. During her enrollment, Amie trained and competed in powerlifting meets. After finding and applying for an internship at Crossfit West Chester in mid 2014, she quickly realized she enjoyed Olympic weightlifting and crossfit. This prompted her to make the switch from competitive powerlifting to competitive weightlifting. Continuing her education, Amie earned her Level 1 USA Weightlifting Coach certification in 2015, and went on to qualify for and compete at the 2016 University Weightlifting Nationals under her coach Ryan Marciniszyn. In 2020, Amie graduated from West Chester University with a Bachelors of Science in Nutrition and Dietetics, and a minor in coaching. She creates personalized nutrition plans and provides nutrition guidance for those interested in weight-loss, performance, and general health.